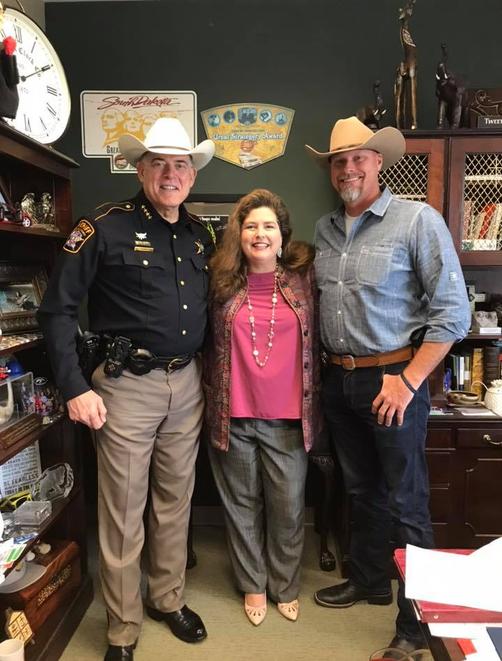 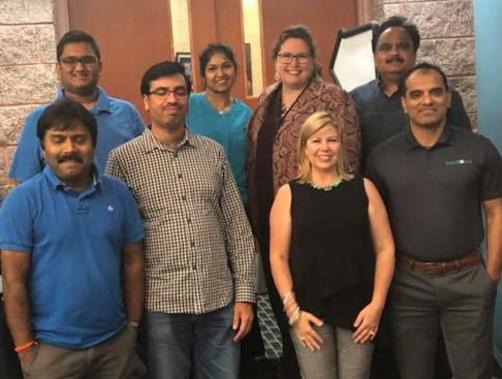 through the Texas A&M V.G. Young Institute, comprised of

11 members, chosen from the entire state of TX..

18-months of Leadership Training, and one of only two

County Commissioners selected from the entire state of TX.

Board Trustee, appointed by Gov. Greg Abbott.  TCDRS helps more than 294,000 Texans plan for their futures, providing retirement, disability and survivor benefits.  9 Board Trustees, appointed by the Governor, provide oversight for this multi-billion dollar trust, representing over 760 employers..

Texas State Board of Public Accountancy

Regulatory state board, responsible for oversight of the Texas Public Accountancy Act, it's policies, standards, licensing and examination for the Accounting industry in Texas.

Investing in the future of my community through the promotion of good public policy and legislation.

2008 - Appointed to Collin County Health Care Advisory Board by Collin County Judge Keith Self, eventually becoming Chairman and serving until being sworn in as Commissioner

2012 - Served on SD8 Nominations for the RPT Convention

2012 - Elected as National Delegate #1 from Congressional District 3 to the Republican National Convention in Tampa, FL

participating in the filming of 3 seasons of the 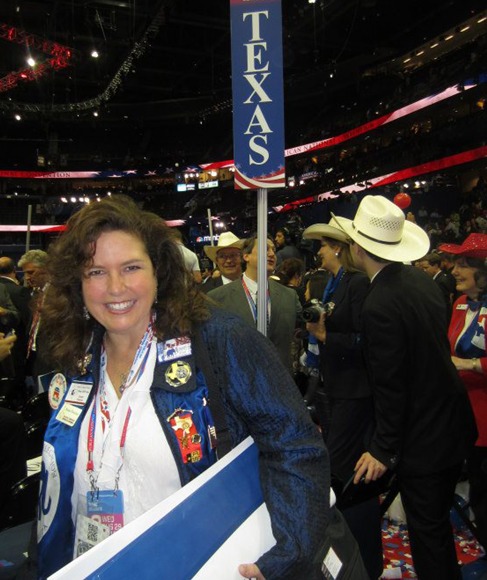 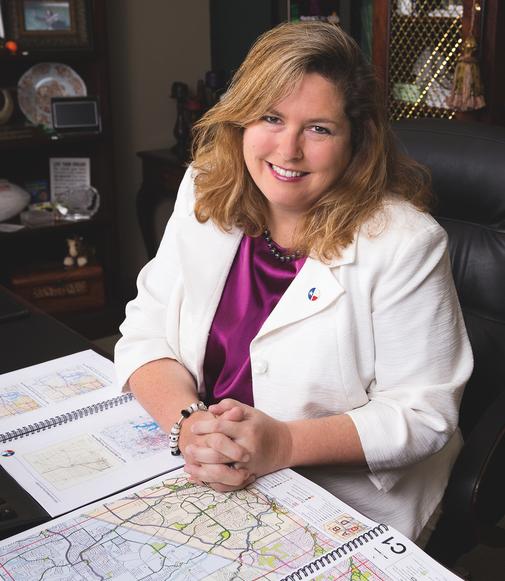 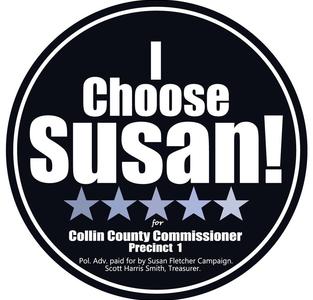 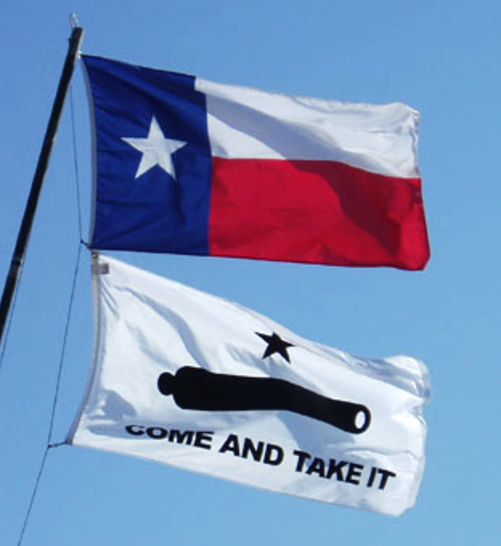 1.  Lowered County Tax Rate over 26% since taking office, including four "Effective Tax Rates" now known as the "No New Tax Rate."  In fact, Collin County has the lowest combined tax rate in Texas!

2.  Maintained my focus on infrastructure and transportation, helping to propose and pass a $750M transportation bond package, without raising taxes and ensuring that none of the funds would be used on any current or future toll roads.

3.  Saved taxpayers $9 Million in interest payments, together with my colleagues, by front-loading the principal on shorter-term bond sales, therefore reducing the overall interest on 20-year bonds (*Budget workshop for FY2017).

5.  Stood firmly from the beginning against illegal payments to special prosecutors (as well as their defense in a case brought forth by a local taxpayer.)   These prosecutors were retained outside of the county's posted fee schedule, set forth by the Board of District Judges.  This ultimately protected the taxpayers of Collin County from being bound to millions in future spending.  I finally had my position validated by the Court of Criminal Appeals in 2018.

7.  Faithful to uphold initial campaign promises supporting lower taxes, transportation infrastructure and public safety; working alongside our cities to support the needs of all county residents.

2015 - Voted and helped pass the largest tax rate cut in recent years during first year of service on the Commissioners Court.

2016, 2017, 2018 & 2019 - Voted to pass further tax-rate cuts, equivalent to the "effective tax rate" - meaning that the Commissioners Court LOWERED the TAX RATE reciprocally, in response to rising home values, so that Collin County property owners would not pay any more in county taxes from the previous year.  This is done by using the property tax revenue from the new growth to pay for inflation, unfunded state and federal mandates, as well as additional needs of the county.

2018 - Appointed to the county's Investment Committee by my colleagues to oversee county investments and funds.

2018 - Called for a fiscally responsible Transportation Bond that would not raise the tax rate, and included language that prevented the funds to be used on any future toll roads.  Passed November 2018.

2020 - Received the Robert A. Livingston Award, along with my husband Brian, from the America's Defenders Foundation at their Annual Thin Blue Line Ball, recognized for our consistent support of Law Enforcement.

Susan Fletcher serves as Collin County Commissioner for Precinct 1, representing West Plano, Frisco, Prosper, Celina and Northwest McKinney on the Commissioners Court. Married since 1993 to her husband, Brian, they moved to Collin County (Frisco) in 1996 and have one adult son, Patrick. Susan was born in Sherman, Texas and received her Bachelor of Fine Arts in Interior Design / Industrial Technology from the University of North Texas in 1989. In her professional life prior to public office, Susan has worked for Sunbelt Savings / Bank of America as a Commercial Interior Space Planner, and later worked freelance as an independent contractor in the commercial construction industry.

Republican Party: Susan’s political involvement began in 1993, when she worked to establish the Denton, TX chapter of the Christian Coalition, and served as a delegate to her first Republican Party of Texas State Convention in 1994. In 2008, Susan began working on the Collin County Election Ballot Board, helping to ensure election integrity as the mail-in and electronic votes were processed.  She was also appointed to the Collin County Healthcare Advisory Board in 2008, serving until 2014. In 2010, Susan attended an RNC’s Women’s Summit in Washington, DC, nominated by Congressman Sam Johnson. In 2011-2012, Susan served two-terms as President of Golden Corridor Republican Women, and continues to serve on their board. In 2012, she served on the RPT State Platform Committee, and was again appointed to serve in 2014, where she was appointed Chairman of the Education Sub-Committee. Aside from her role as Commissioner, one of her greatest honors is having been elected to serve as a National Delegate in 2012, representing Congressional District 3 at the Republican National Convention in Tampa, FL.  Susan also served as Co-Chair for the Collin County GOP Lincoln Day Dinner in 2016 and 2017.

Public Office: In May of 2013, Susan was appointed by Governor Rick Perry and confirmed by the Texas Senate to serve on the Texas State Board of Public Accountancy, a regulatory board which certifies, examines and licenses CPAs in the state of Texas. In 2014, at the urging of many local leaders, Susan ran for Precinct 1 Commissioner, 21 years after entering the political arena, and was elected to the Collin County Commissioners Court where she now represents approximately 250,000 constituents in the northwest sector of Collin County. Along with being a responsible steward of taxpayer dollars, Susan ran on a platform supporting low taxes, economic development, transportation infrastructure and public safety.  In 2019, Susan was appointed by Governor Greg Abbott to serve on the Texas County and District Retirement System, a 9-member state board overseeing the retirement funds of county and district employees across Texas.

Private Life: Outside of her professional career, Susan has served as the International Travel Coordinator for All the Difference Radio, the teaching ministry of Dr. Wayne Braudrick, Pastor of Frisco Bible Church where she and her husband are members. In 2012, Susan chaired a fundraising event with Glenn Beck benefiting Assaf HaRofeh Medical Center, located outside of Tel Aviv, to convert their underground parking facility into a wartime emergency room. In her free time, Susan enjoys expressing her creativity through art, photography and writing. She is also an avid travel enthusiast and Master SCUBA diver. She has been featured in Season 9, 10 and 11 of the Fireball Run Adventurally Series which airs on Amazon Prime, featuring an 8-day road rally challenge covering over 2,000 miles, raising awareness and helping to find America's Missing Children.  In 2018-19, Susan served on the UNT Master Planning Committee for the new Frisco campus.  She is a Life member of the National Rifle Association, holds a License to Carry, and believes strongly in being a well-trained, and responsible gun owner.  Susan is an outspoken grassroots activist, who is not only committed to serving the people of Collin County, but passionate about volunteering her time and talents to help the community, local arts and emerging leaders.